Some quiet shows, and a few not so quiet ones

I'll be doing a few rather quiet shows of mostly new material. The first will be in Warehouse9 in Copenhagen on July 1st for the T-lounge Society party. The second will be in Berlin on July 18th as special guest of Alexander as part his July residency in Silver Future. And finally on August 2nd, it's Ackerkeller's Tuesday Night 10:15 in King Kong Klub, also in Berlin.

In between there'll also be time to make some noise. Next week on June 18th I'll be headlining the official afterparty of this year's Zagreb Pride, and on July 2nd it's big time gay party at Mansion in The White Room in Copenhagen - which will also be family reunion time, since it's the only show planned where Andreas Tange Lange will join on stage.

Fore furter shows and updates, see the "Dates" column to the right of here. 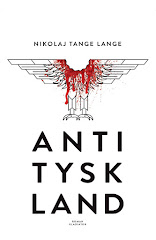