next weekend, Febuary 18th and 19th. And Nikolaj will be leaving with a huge Berlin gang for the whole weekend, and to do a solo Nuclear Family show Saturday night. Also playing Saturday is Noisy Pig, and Friday there'll be electro-NDW with Petra Flurr, synthabilly by Jemmek Jemmovit, and emolectroclash from local act Slutocasters. Inbetween there'll be performance peices, queer art, loud music, and cheap and tasty Polish vodka. So all in all it's bound to be a weekend way over the top!

Though not officially a "gay club", Saturator has in it's 5 years of existence held a high profile as one of the most amazingly queer venues in Europe. Unfortunately it's about to end. The owners have decided to end the party on a high note, but so much extra reason to join the madhouse next weekend for a final ball.

Finally here's two videos from the show Nikolaj did at the Saturator Queer Festival in 2009. First it's the never released song "Let's Have a Party (And Die Tonight)" and second it's "Electroclash is Dead" which fucks up epicly, partly due to prior heavy vodka consumption, and partly du to an equally intoxicated girl who keeps grabbing for the microphone but goes stiff and mute whenever she finally gets it. 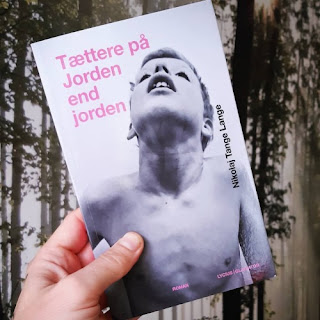